How To Fight False Allegations In Child Custody

These desires may occasionally take a back seat to the necessity to protect yourself at family court. Fathers frequently find themselves defending themselves in family court because of false stories that cast doubt on their character and might affect the outcome.

Many fathers in these instances are unsure of how to handle false allegations concerning child custody. Instead of demonstrating how much of a loving and involved parent they are, they found themselves at the whim of the courts and expending their time and energy defending a false narrative.

A family law attorney that comprehends the special circumstances that fathers encounter during a child custody dispute is essential in these tough times. They would be capable of standing out for their rights and supporting your continued involvement in your child’s life.

Can the Parent Lose Custody over False Allegations?

You risk losing custody of your kids if you falsely accuse your co-parent of abusing the kids in an effort to win custody. The outcome is if the court determines that you created the complaint dishonestly, it may torment you with giving custody to another parent. The court has taken accusations of abuse very seriously. In addition, your ex-partner could be capable of suing you for defamation if they could somehow show that the charges were false.

Therefore, while leveling false claims in a child custody dispute may appear to be a smart way to obtain what you desire, doing so could backfire and wind up spending you terribly. 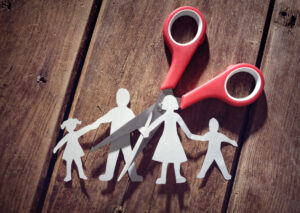 How to Fight False Allegations in Child Custody?

Even if the allegations are false, your co-parent’s statements can substantially hurt your divorce or child custody case if they are made against you. Any statements or words directed at you as a parent can be very hurtful, regardless of whether you are just starting a divorce or discussing a custody dispute for the sixth time.

Common false allegations include the following:

The result of the legal case may be seriously harmed by these kinds of charges. Make sure you understand your legal rights throughout this case and learn how to respond accordingly when you find yourself as the target of false accusations during a child custody dispute.

Here is some of what you could do if you find yourself in this situation:

False allegations being leveled at you may be a sign if your spouse or ex-partner is in a desperate situation. To acquire custody, they can try to portray you as an unfit parent by accusing you of neglect, abuse, or disobeying court rules.

To safeguard your custody rights, these allegations must be immediately acknowledged and handled. With the aid of a lawyer, you ought to be able to readily establish your innocence if the charges are false and, indeed, the truth is always on your side.

Collecting Your Own Evidence

By assembling all available information that these claims are false, you can refute them and defend yourself against them. Although having to prove your case may seem annoying and absurd, it is important because the courts are extremely careful to protect the safety of children and treat accusations of abuse extremely seriously. Therefore, consider what you could do to demonstrate to the court that you’re a decent parent rather than focus on the unfairness of the circumstance.

Make sure you locate solid proof to refute your partner’s assertions depending on the kinds of accusations they’ve made, like:

You can defend the accusations made against you in a variety of ways.

Setting up a counterclaim

Being as forthcoming and truthful as you can with the family law attorney is crucial for your future. Take use of the time you have with them to help them battle these lies as best they can.

Depending on the circumstances, the parties involved, the seriousness of the allegations, as well as the laws throughout your state, you as well as your family law attorney may devise different strategies, but it is the attorney’s responsibility to ensure that your testimony during this time is more credible than that of your upcoming ex-spouse.

Evidence is useful. Use any evidence that can refute the untrue assertions being made, such as witnesses, pictures, testimony, texts, time-stamped emails, receipts, phone records, and so on.

Additionally, many people who make false accusations in this delicate emotional period could have threatened to act in the past to control a spouse. If you let your lawyer know, he might be able to come up with a counterargument.

It’s crucial to discuss the particulars of your case with your lawyer, because every case needs a different strategy and approach. Tell your attorney the facts about the situation and address the claims. Is your co-parent furious with you or retaliating in some way? Do they make any threats to take your kids away if you don’t submit to their demands? In any instance, be honest and transparent when speaking with your lawyer about the circumstances in order to get the best advice on how to proceed with your case.

How Do False Allegations of Abuse change a Trial?

As was indicated before, parents and guardians are typically urged to settle their differences out of court, but when charges of abuse are made, cases are inevitably brought before a judge almost away in order to safeguard the child. When filing an application with the court, there will typically be a notice hearing where the opposing party will be told of your request and both parties will appear in court. However, because of the urgency surrounding the abuse allegations, the application is brought before the court without a notice hearing, and as a result, the trial may begin on the same day as the application submission.

A Court’s Decision Regarding Custody: How Does It Get By?

The child’s welfare and safety are always given top priority in situations involving children, thus a judge will take the following into account: 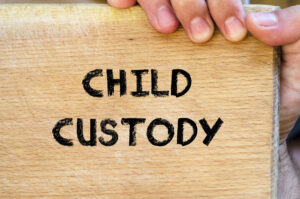 During a dispute over child custody, it is not unusual for one parent to level false accusations against the other. It is crucial to take false accusations seriously and take action to safeguard yourself if you are the subject of them. Getting proof to refute the claim is the first step.

This can include evidence such as witnesses, records, or any other information that disproves the claim. When you have this proof, you must show it to your lawyer. They will assist you in choosing the approach that will work best for you.

You might also want to think about contacting law enforcement if the false accusation is serious, like abuse. They can look into the allegations and possibly press charges against the individual who is making it. Since it can be expensive and time-consuming, this choice should only be made as a last resort.

Regardless of the path you take, defending yourself against baseless accusations in child custody disputes is achievable if you have compelling evidence in your favor.

Speak to Huggins Law Office about Your Needs

No matter how complex the case may be, the team of family law attorneys at Huggins Law Office vigorously defends your rights along with the rights of your children. We work nonstop to offer the best resolution to the problems at hand. Call us on (702) 387-4014 right away to know more about us and what we can help you. Our solutions are straightforward, practical, and doable.

For more information on how https://www.hugginslawoffice.com/ can help you on your False Accusations in Child Custody, please contact us at (702) 387-4014, or visit us here: